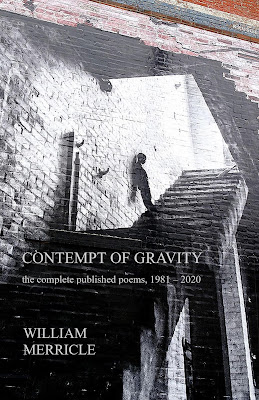 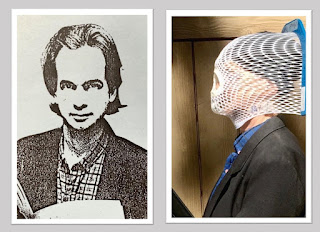 William Merricle was once the assistant manager of a ramshackle soft-porn movie palace. He would open the observation window and glide paper airplanes inscribed with quotes from Heidegger over the engrossed congregants below.
1981 copier-art portrait by Grace O’God.
2020 portrait in radiation treatment mask by Jerri Merricle.

It's a privilege to have this published by Crisis Chronicles Press, John.
--William Merricle

Wow.. what a handsome cover. I love William's writing. I will order a copy.

Chris, thank you so much!