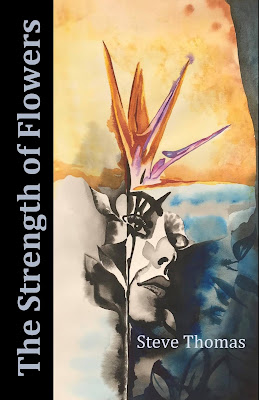 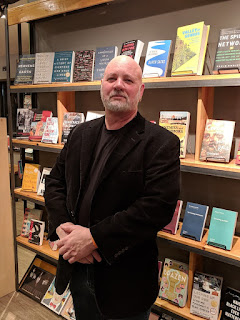 Cover Artist Danielle Stull majored in Art at Youngstown State University. Along with her painting and sculpting interests, Danielle has been tattooing, for the last decade, unique designs for customers. She is currently at Focused Tattoo in Cleveland Heights, Ohio, on Coventry.
Posted by John B. Burroughs at 10:54 AM No comments: 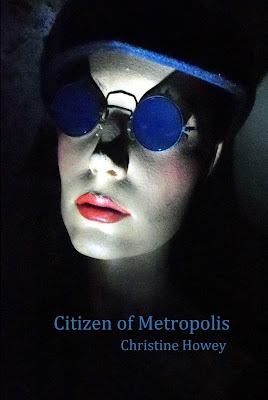 "Christine Howey’s unique brand of conversational poetry blooms brightly in Citizen of Metropolis. Like a bee nuzzling flower after flower, I found myself buzzing from poem to poem, delighted to find tales of poems with wires showing, visitors from another world, reasons to sit, and babies in treetops. Howey asks questions we’d never think to ask, and then answers them, twinkle in her eye, with penetrating wit."
—Dianne Borsenik, editor/publisher NightBallet Press, author of Age of Aquarius

Nominated for an Ohioana Book Award, this volume features 19 poems including "Citizen of Metropolis"; "I Don’t Like This Title"; "Things That Make Me Sit"; "Satisfaction"; "Rock-A-Bye Baby"; "One Second"; "My Muse Eats Cheetos"; "Destination Vacation"; "Meals"; "Losing It at Age 73"; "Edward Hopper, Motivational Speaker"; "An Evening Out"; "Beowulf at Breakfast"; "I Want to Write a Poem with the Wires Showing"; "My Grandson on a Sled"; "Taking Bryn, Age 7, to MOMA"; "There are Parts of My Body I No Longer Encourage People to Handle Freely"; Weather Report"; and "William Randolph Hearst, Diving Alone, San Simeon." ISBN: 978-1-64092-971-5.

Listen to Marcia Epstein's recent podcast featuring Christine Howey at Talk with ME. 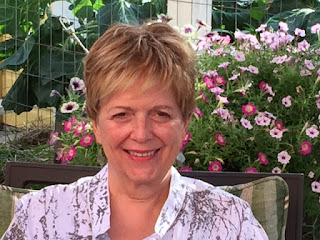 Christine Howey is an actor, director, theater critic and performance poet. She was the Poet Laureate of Cleveland Heights, Ohio for 2016-2018. Her one-person stage play of poetry about her transgender journey, Exact Change, was turned into a feature film. As a play, it premiered at Cleveland Public Theatre and was an official selection of the 2015 New York International Fringe Festival. The film was an official selection of the Chagrin Documentary Film Festival in 2018. Christine has had four books of poetry published. She is also a slam poet and competed in the National Poetry Slams, in 2013 and 2017, as a member of the four-person Cleveland team. Since 2002, Christine has been the theater critic for Cleveland Scene and she also posts reviews on her blog, Rave and Pan. She has been named Best Critic in Ohio by both the Press Club of Cleveland and the Society of Professional Journalists. Christine was awarded a Creative Workforce Fellowship in 2014 from the Community Partnership for Arts and Culture, and an Individual Excellence Award from the Ohio Arts Council in 2016, which also granted her a 13-week residency at the Fine Arts Work Center in Provincetown, MA. She was honored to receive the Illumination Award as the transgender leader of the year in northeast Ohio for 2015, and the Torch Award for leadership on transgender issues from the Cleveland chapter of the Human Rights Campaign in 2017.
Posted by John B. Burroughs at 11:56 PM No comments: