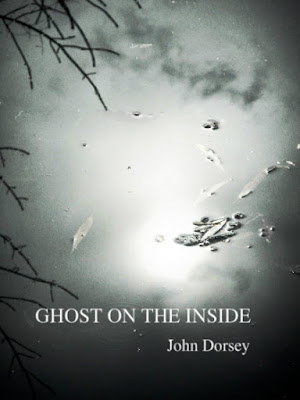 Crisis Chronicles Press is pleased to present Ghost on the Inside, a new chapbook by John Dorsey published 27 June 2015.  It features the poems "steel city rope-a-dope," "icarus revisited," "sheboygan sean," "brian on n. 6th  street," "sheboygan 1," "sheboygan 2," "at 37: for mikey west," "harry’s diner poem: for mj taylor," "in his 60's," "on oak street: for everette maddox," "steve goldberg death poem" and "poem for christian o’keeffe."  As D.R. Wagner has said of John Dorsey, "Boy, this guy means it. What a fine poet, ladies and gentlemen."

Ghost on the Inside is 5.5" x 8.5", hand assembled, saddle stapled, with cover image by Steven B. Smith on white cover stock with black card stock endpapers and the poems printed on pale cottonwood paper.  Only $6 from Crisis Chronicles Press, 3431 George Avenue, Parma, Ohio 44134 USA. 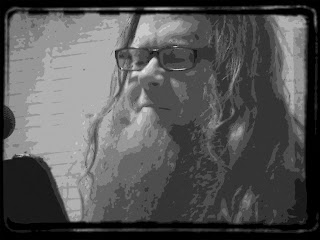 John Dorsey is the author of several collections of poetry, including Teaching the Dead to Sing: The Outlaw’s Prayer (Rose of Sharon Press, 2006), Sodomy is a City in New Jersey (American Mettle Books, 2010), Tombstone Factory (Epic Rites Press, 2013), Natural Selection: Early Poems (Kilmog Press, 2014) and Imaginary Foxholes (Rusty Truck Press, 2015). His work has been nominated for the Pushcart Prize. He may be reached at archerevans@yahoo.com.

Join us for the official release celebration on 27 June 2015 during Sylvania Avenue Performances in front of the West Toledo Library.
Posted by John B. Burroughs at 1:14 PM No comments: 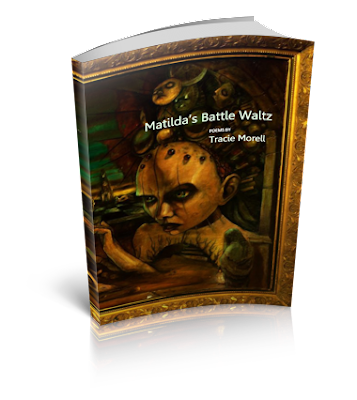 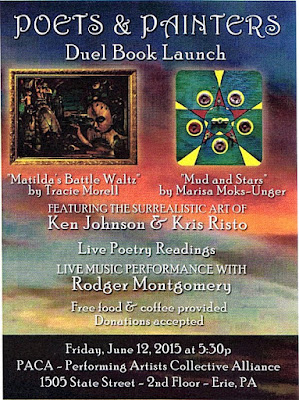 The launch event will feature poetry readings by Marisa Moks-Unger (whose chapbook, Mud and Stars, will be released that night by NightBallet Press), Tracie Morell, Shawn King, Veronica Hopkins, Juliet Cook, Dianne Borsenik and John Burroughs - plus music by Rodger Montgomery and an exhibition of work by Kris Risto and Ken Paul Johnson.  Not to be missed!
Posted by John B. Burroughs at 4:25 PM No comments:

As we approach our 7th anniversary of publishing great independent literature, Crisis Chronicles Press is super duper grateful to our authors, to everyone who's bought and read a book, and to all who've stood behind us since we started this on 7 July 2008. We especially thank the following folk, whose support has gone above and beyond and without whom we wouldn't have been able to make it this far: (in alphabetical order) Chandra Alderman, Dianne Borsenik, Christina Brooks, Chansonette Buck, Geri Lynne Burroughs, Shelley Chernin, Frederick T. Courtright, Nancy Jill Franklin, Alex Gildzen, Virginia Hanna, Meribeth Hutto, Alan Kleiman, Jim Lang, William Merricle, Helen Shepard, Steven B. Smith, D.R. Wagner and Dawn Ward. Though all things are subject to change, in the coming 13 months, we plan to publish 30 more great books, then (unless we can find a way to make this more sustainable without sacrificing our principles) go on what might be a permanent hiatus from bookmaking around our 8th anniversary (7 July 2016). Thanks for staying in the car with us throughout this thrilling (and sometimes bumpy) journey. And I hope you enjoy the rest of the ride, wherever it goes.

P.S. I still have 13 Ninesense chapbook submissions to make a decision on, and I plan to get that done this coming week.  Thanks for your patience!

P.P.S.  Check the left sidebar to see all our Crisis Chronicles Press titles.  We plan to retire the first ten this summer, so get them while you can.

[UPDATE, 21 January 2017:] We're still kicking, though I'm still behind due to my virtually living at doctors' offices and the hospital during my wife's more-than-two-year liver disease struggle. She nearly died more than once. But I am pleased and grateful to report that she has recently gotten a liver transplant and is gradually recovering. A new blog entry with a further update on the current state (and future) of the press is forthcoming.

[UPDATE 7 June 2017:]  Alas, my wife passed away most unexpectedly in February. I'll catch up with the press as I can and then decide where to go from there. Thank you for your patience and kind support.]
Posted by John B. Burroughs at 4:07 PM No comments: