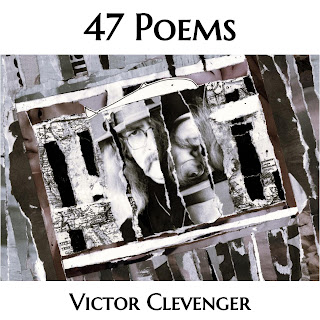 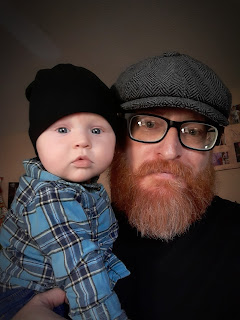 Victor Clevenger spends his days in a Madhouse and his nights writing. Selected pieces of his work have appeared in print magazines and journals around the world; they have also been nominated for the Best of the Net and the Pushcart Prize. He is the author of several collections of poetry including Sandpaper Lovin’ (Crisis Chronicles Press, 2017), A Finger in the Hornets’ Nest (Red Flag Poetry, 2018), Corned Beef Hash by Candlelight (Luchador Press, 2019), A Wildflower in Blood (Roaring Junior Press, 2020), and Scratching to Get By (Between Shadows Press, 2021). He and American poet John Dorsey run River Dog. You can reach him at crownofcrows@yahoo.com.
Posted by John B. Burroughs at 8:54 PM No comments: 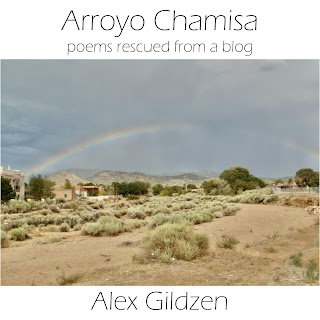 Or subscribe to our entire 2022 series (at least ten titles, plus a surprise or two) for $100 with free shipping.

"Alex Gildzen was one of the first poets' blogs i found & read with great appreciation & gusto.  here was a poet with a gift for vernacular, a wit to match his cinematic range, & an obsession with movies that played upon my own heart.  i've long been a great admirer of Alex ever since those giddy early days of blogging when social media held the promise of uniting poets & creating a community of writers who, in their own unique ways, were dedicated to making & living a life in poetry.  Alex Gildzen is a poet with a life well-lived in poetry & at the movies.  his poems frequent the daily ordinary hard tasks of being a human being in our digital age, along with the practical importance of friendships, art making, family, technology, & the greats of Hollywood past & present.   Alex Gildzen is one of my very favorite poets & human beings.  as he says in a poem, 'go to the movies / you're alive.'"
—Richard Lopez, co-editor of the anthology The End of the World Project

"Alex Gildzen is a master of his craft, unearthing beauty from the ordinary and celebrity from the common. Nowhere is this more evident than in Arroyo Chamisa: poems rescued from a blog. From the dark atomic whimsy of “swim thru the sea of night little swimmer” to the pure joy of living well in “I call the 3 palms / beside the pool / the Andrews Sisters,” Gildzen’s poetry grooves with the universal and vibrates with the intensely personal. This is an expedition you won’t want to miss."
—Dianne Borsenik, author of Raga for What Comes Next and Publisher/Editor, NightBallet Press 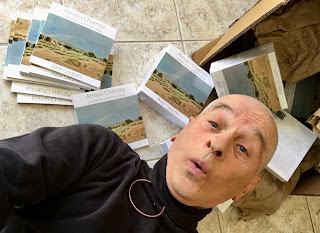 Alex Gildzen saw his first poem in print 60 years ago. The first of many chapbooks followed in 1969. His poems have been published in Canada, England, France, Germany, Greece and Australia. He has given readings at Bowery Poetry Club, Palm Springs Art Museum, Bisbee Poetry Festival, Captain Brady in Kent, Fort Mason in San Francisco, Center for Contemporary Arts in Santa Fe, Antebellum Gallery in Hollywood and a plethora of bars. Currently Gildzen lives in Palm Springs where he has been called the city’s “unofficial poet laureate.” A piece of his is featured on the Poet’s Bench in the uptown design district.

His previous Crisis Chronicles Press titles include Ohio Triangle and Alex in Movieland (1943-1973).

Posted by John B. Burroughs at 1:36 PM No comments: