Crisis Chronicles Press is bursting into song over the publication of Bree's long-awaited the melody, i swear, its just around that way, volume 2.  Published on 21 January 2013, this chapbook features 22 pages of poem-songs, lovingly hand assembled and saddle staple bound with white cover stock, goldenrod endpapers, and white pages.  8.5 x 5.5", inkjet printed with front and back cover art by Bree.  About 70 copies in print.  To get yours, send $6 in any form to Crisis Chronicles Press, 3431 George Avenue, Parma, Ohio 44134 USA.

Bree is a Cleveland poet best known for her Green Panda Press, which produces art and poetry books for the small press. She is also a songwriter, and performed her poems with the bands Johnnycake and Very Sharp & Midnight from the nineties to the early aughts. While volume 1 of the melody (published by Crisis Chronicles in 2011) was mainly poems which later became songs, the work in volume 2 is mostly songs that also read as poems. Bree is the author of many other books including Let Cupid Know (Ronin, 2011) and Laying Pans (Ecstatic Peace, 2009), along with memoirs The Rainbow Sweater & My Mother (Green Panda, 2011) and was chicken trax amid sparrows tread (The Temple, 2009). Her work appears in little presses like The City, ArtCrimes, Big Bridge, Arthur, Bottle of Smoke and many like ‘em.

Buy both volumes of the melody, i swear, its just around that way together for only $11.

Posted by John B. Burroughs at 2:49 PM No comments: 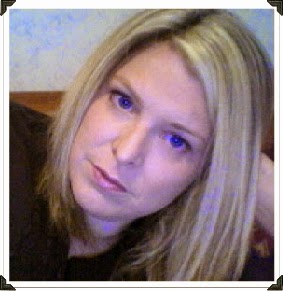 Heather Ann Schmidt received her MFA from National University and has taught writing for a number of higher learning institutions.  A fine singer and visual artist, she also edits the tinfoildresses poetry journal and is the founding editor of Recycled Karma Press.  Her previous books include Batik (NightBallet Press, 2012), Transient Angels (Crisis Chronicles 2011), On Recalling Life Through the Eye of the Needle (Village Green, 2011), Channeling Isadora Duncan (Gold Wake, 2009) and The Bat's Love Song: American Haiku (Crisis Chronicles, 2009).
Posted by John B. Burroughs at 7:49 AM No comments: