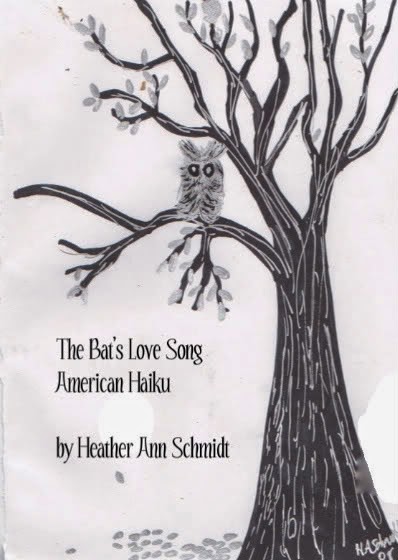 Rain on my roof:
tears of a goddess leaving the
world heavier now.

"Heather Ann Schmidt is an adjunct professor at Oakland Community College in Michigan. She edits tinfoildresses poetry journal. Her poems can be found in various online and print journals. Her other books include Channeling Isadora Duncan (Gold Wake Press, 2009), The Owl & the Muse: Collected Tanka (recycled karma press, 2009) and a full collection of poems forthcoming from Village Green Press.  She received her MFA from National University."

On 19 October 2009, Crisis Chronicles Press was pleased to publish d.a. levy's Suburban Monastery Death Poem.  This epic work originally appeared in print in the late 1960s. I transcribed the text for this new Crisis Chronicles version from the second zero edition, an Offense Fund reprint published in Cleveland in 1976 — a copy of which levy's friend rjs (who edited the zero edition) kindly sent me in early 2009.  First, I made this long poem available in its entirety for free in the Crisis Chronicles cyber litmag, because the point of republishing it isn't to make money.  It's a labor of love, an homage, a way to honor levy's legacy and further broadcast his finest work.  Without d.a. levy, neither our Cleveland poetry scene nor our small poetry press community would be as rich (I don't mean financially) as they are.  And levy's Suburban Monastery Death Poem is, in my humble opinion,  one of the finest pieces of literature to come out of not only Cleveland, but also America.  I feel richer for having read it — and I trust you will, too.

If you want a copy of this masterwork, please send whatever you think it's worth to Crisis Chronicles Press; 3431 George Avenue, Parma, Ohio 44134 USA.  You can also order securely through the PayPal button below.  Or write to me at jc@crisischronicles.com and we can barter or make other arrangements.

Find more d.a. levy at http://www.clevelandmemory.org/levy/
Posted by John B. Burroughs at 2:53 PM No comments: 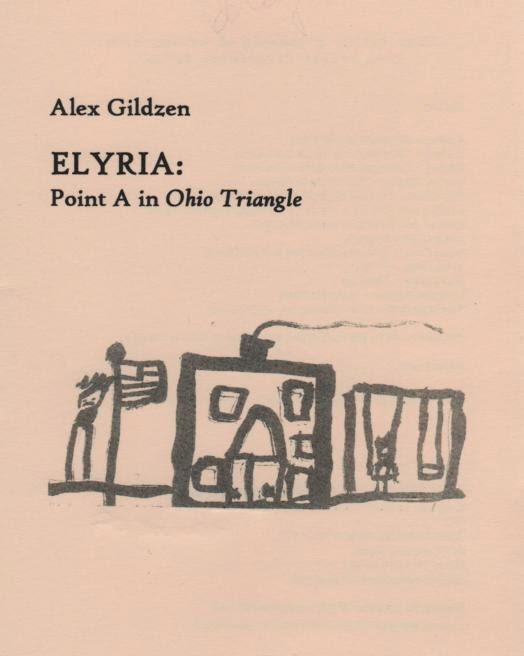 6/9: Improvisations in Dependence - by Jesus Crisis, a.k.a. John Burroughs (CC#3)

6/9: Improvisations in Dependence is a chapbook by Jesus Crisis published on July 4th 2009 by Crisis Chronicles Press in a limited edition of 69 signed and numbered copies. It consists of poems and prose associated with June 2009, the fifth anniversary of the author's release from prison, and addresses the recent deaths of celebrities like Michael Jackson and David Carradine.  It also touches upon what it's like for a man who knows he poses no threat to society to have to register as a sex offender 17 years after his alleged crime.

After the initial print run, we printed a number of unnumbered copies on demand. Thus there are approximately 200 total copies in print.  As of May 2014, we still have three copies left for sale, and when they are gone we will not reprint it.

Contents include:
Karma Souptra
"One of the Most Illuminating"
Tol' Story
Met a Mat, a Door I Didn't Like
17 June 2009
Do Dew
Rough Love
Preacher Gunn
Tell a Vision
rip

Jesus Crisis, a.k.a. John B. Burroughs, is a playwright, pacifist, composer and seeker in Elyria, Ohio.  His work has appeared in dozens of print and online publications since 1983, and his first chapbook, Bloggerel, was published by Crisis Chronicles Press in June 2008.  His second, Identity Crises (with Doug Manson and Bree), was published by Green Panda Press in February 2009.  Founder of the Crisis Chronicles Online Library and co-host of the Lix and Kix poetry series in Cleveland, JC is in the process of writing a book about his 11 years in prison.  Discover more at www.crisischronicles.com. 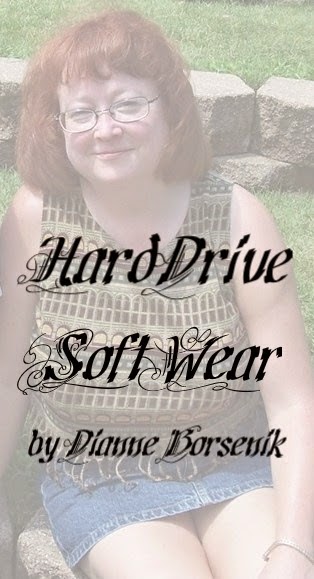 HardDrive/SoftWear is a chapbook by Elyria/Cleveland poet Dianne Borsenik, published 10 March 2009 by Crisis Chronicles Press. Refreshing as a mint julep, it features some of Borsenik's tastiest early poems.

She has been with you again,
I can tell.
You have that furtive look
about you, and you have the smell
of ink on your breath.
I know that she has taken you
by your thin white wrist,
and caressed the fine hair
that furs your arm.  I imagine
her guiding your hand
to her lap, you touching her,
her touching you.
I close my eyes, and I can see
her moving closer to you, whispering
in your ear, her exhalations
hot on your stubbled cheek.
I know
you took her
in your arms, opened your lips
for her kiss; I know you let her
explore your teeth, the roof of your
mouth, your tongue.

And I am quite certain
that when you wake up
in the morning, the indentation
of her wanton form
will be reflected in the crumpled sheets
of your poetry.

Dianne Borsenik, former flower child, current redhead, and Ohioan born and bred, lives in a temple of happiness with her husband James.  She is active in the Cleveland poetry scene and attends as many local readings as possible.  She has been the featured reader at Mac's Backs in Coventry, Borders in Akron, the Collingwood Arts Center in Toledo, Bela Dubby in Lakewood, the Poet’s Haven podcast at Phoenix Coffee in South Euclid, and was the "house poet" at Northrops Books in Olmsted Falls, Ohio.  Her signature poem "Lovechild" was chosen by the RTA "Moving Minds" Project to ride the buses and trains of Cleveland in 2008, and her poem "HardDrive/SoftWear" was chosen for inclusion in the 2009 Cleveland RTA project.  She is also co-founder of the Lix and Kix poetry series.