Crisis Chronicles Press is thrilled to announce the imminent publication of the legendary D.R. Wagner's new book, The Night Market.  I love everything we've ever published, but if anything can be called the jewel in the Crisis Chronicles crown, this book is it.  Perfect bound, 140 pages, with D.R.'s poetry accompanied by ReBecca Gozion's cover and interior art. In my opinion this is the book of the year.

“I would guess I’ve been reading the poetry of D.R. Wagner for about 15 years now and one of the things that has always struck me is his seemingly effortless ability to blend both classical and modern literary styles and come out on the other side with something completely his own. The pieces in The Night Market offer a glimpse into the ever-changing landscape of his dreams, his heart placed bare on a snow covered rock at dusk, stealing its revolutions back from the sun, bathing in an ethereal river of emotion that will surely leave you breathless, I promise you.”  -John Dorsey, Author of Tombstone Factory.

We also made the first 26 copies of THE NIGHT MARKET available in a special lettered edition signed by D.R. Wagner and ReBecca Gozion. The special edition is sold out.

Click here to rate The Night Market at Goodreads.


For more details about the official release party for D.R. Wagner's The Night Market on August 16th 2014 at the Moon Cafe in Locke, California, please see the poster below.

Thank you for supporting the independent literary arts!

D.R. Wagner is the author of over twenty books and chapbooks of poetry and letters. He founded press : today : niagara in Niagara Falls, New York, in 1965 and later Runcible Spoon (press) in the late 1960’s and produced over fifty magazines and chapbooks. He co-wrote The Egyptian Stroboscope with d.a. levy in the late 1960’s. He read with Jim Morrison of the Doors in a legendary reading with Morrison and Michael McClure. and has read with Lawrence Ferlinghetti, Al Winans, Viola Weinberg, d.a. levy, E.R. Baxter III, Ed Sanders, Anne Waldman and many, many other poets over the past 40 years.

His work is much published and has appeared in numerous translations. He has exhibited visual poetry with the likes of William Burroughs, Byron Gysin, Ian Hamilton Finlay, bpNichol, bill bissett, J.F. Bory and John Furnival in venues ranging from The Musée des Arts Décoratifs, Paris, at the Louvre to the Smithsonian in Washington, DC.

He is also a visual artist, producing miniature needle-made tapestries that have been exhibited internationally and are included in numerous publications and museum collections. He is, further, a professional musician, working as a singer-songwriter and playing guitar and keyboards.

Teaching Design at the University of California at Davis since 1988, he also teaches in the Honors program at the University conducting classes in Poetry by Design. He continues to design interior carpeting and tapestry as well as write, perform and publish poetry regularly.
He currently lives in Locke, California. 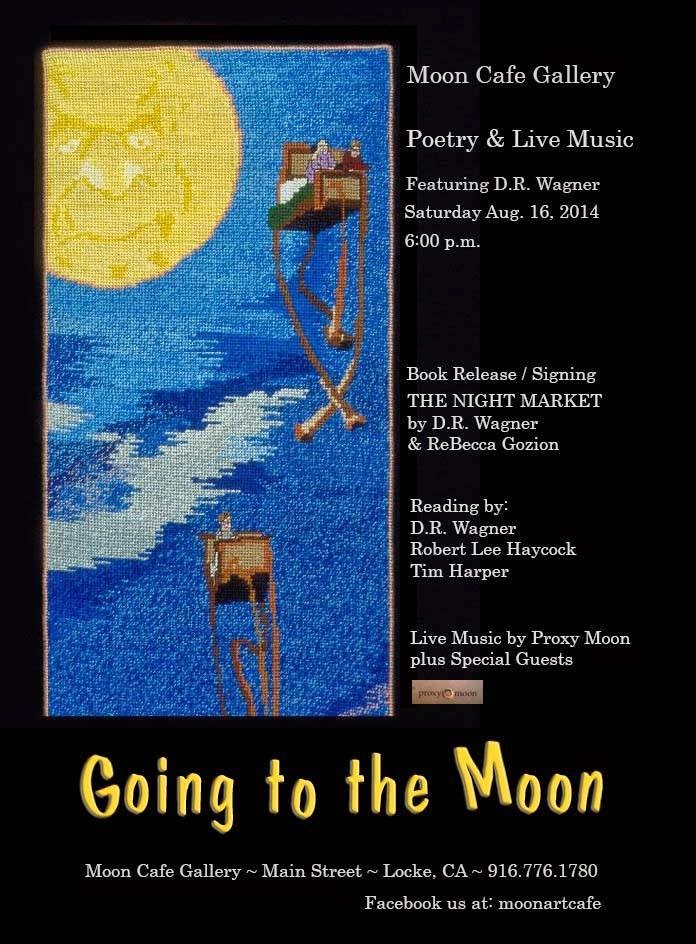